When our friends (A & C) invited us to join them for a short weekend getaway at Shoal Bay last weekend, I was adamant that we were going to make the 2.5 hours drive to join them. It didn’t take much persuasion of the husband on my part; he too was raring to go and very excited to catch up with his mate. It’s the perfect set up because his mate’s wife and I get along really well too plus the kids could play (they have a little 1+ year old). They had rented a villa for the 10 nights that they were there with an oceanfront view, next to a country club full of facilities like swimming pools, spas, saunas and the like. Too good to pass up right?

While I’ve been to the neighbouring beaches of Nelson Bay and Anna Bay, Shoal Bay has always been that ‘further away’ one that’s tucked quietly in the corner. A & C have recommended Shoal Bay the last time we were in the area but we just never had time to go so it was nice to check out the place. We were really only there for a day + a night so I can’t say we know a lot more about Shoal Bay but I think it’s a nice area to stay if you dislike the hustle and bustle of the more populated Nelson Bay. Where we stayed at Shoal Bay was only a short walking distance to the main marina area at Nelson Bay where the shops, markets and cruises were. I thought it was the perfect spot for some peace and quiet with the convenience of shops and markets still close by. 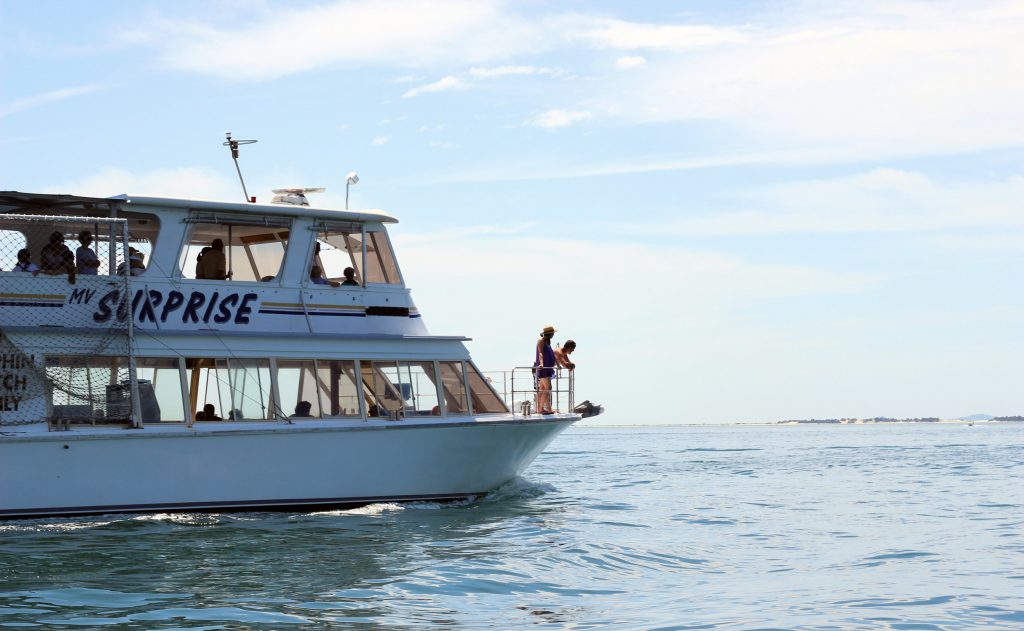 We decided on a whim to charter a boat out to sea and do some fishing. As you would already guess, it was A and my husband’s idea. The men’s eyes lit up at the thought of roaring boat engines, reeling in exciting catches from the ocean (or so they imagined), climbing out on to the deck and enjoying the sun and sparkling waters. C and I were a lot more apprehensive because there were 3 kids in total, with 2 of them being little toddlers. Plus with A as Captain and my husband enthusiastically being First Mate (and sometimes Captain), we knew it was mainly going to be us watching 3 kids. We were more bothered with packing snacks, fruits and thinking about how to entertain the kids but were still decided to give it a go.

Turns out it was really worth a go. I was also surprised at how affordable the boat was to charter. It was only $170 for half a day so split between us, it was definitely a good deal for a fun experience. 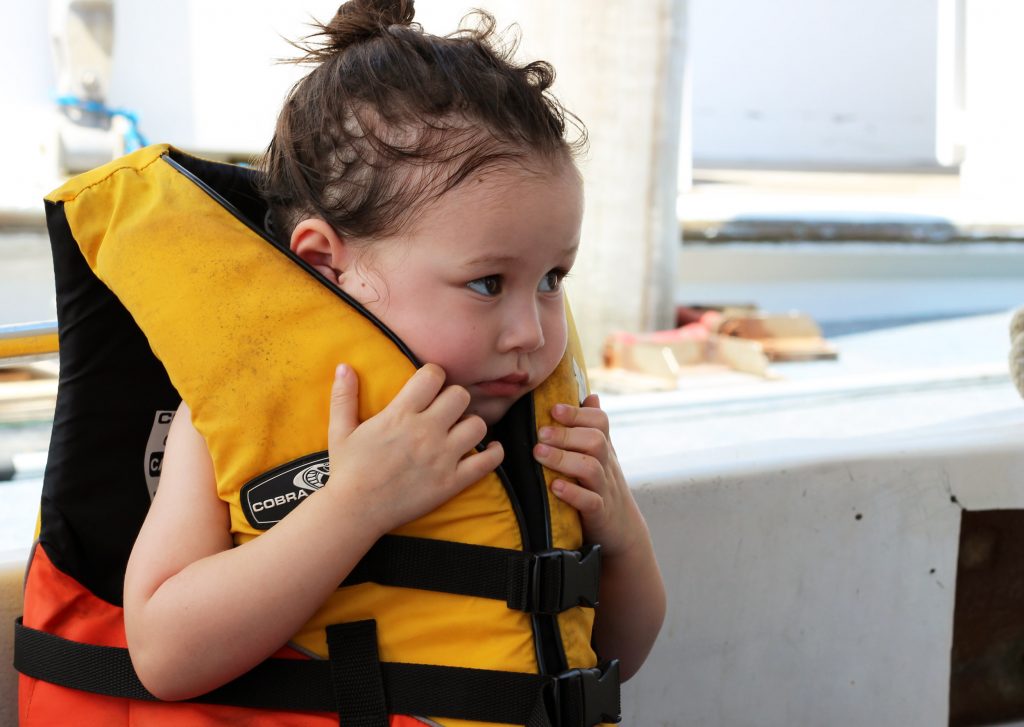 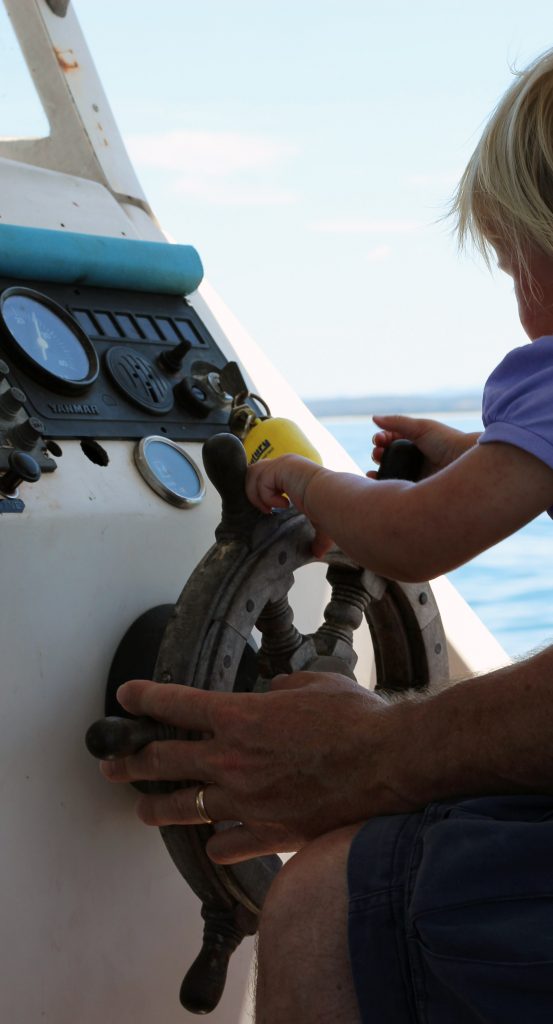 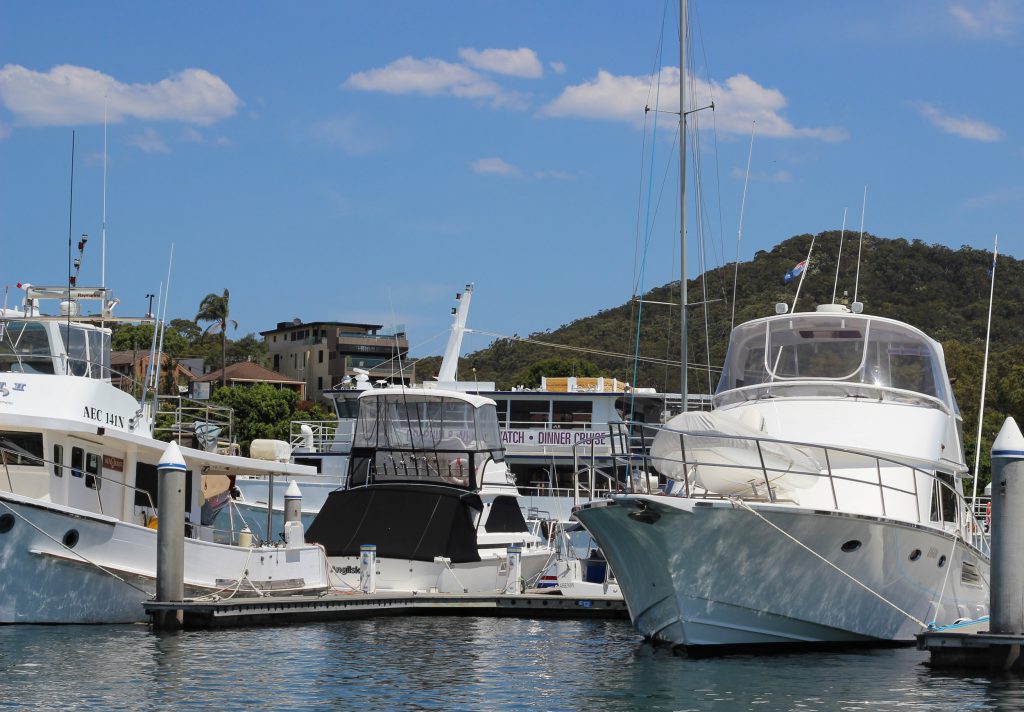 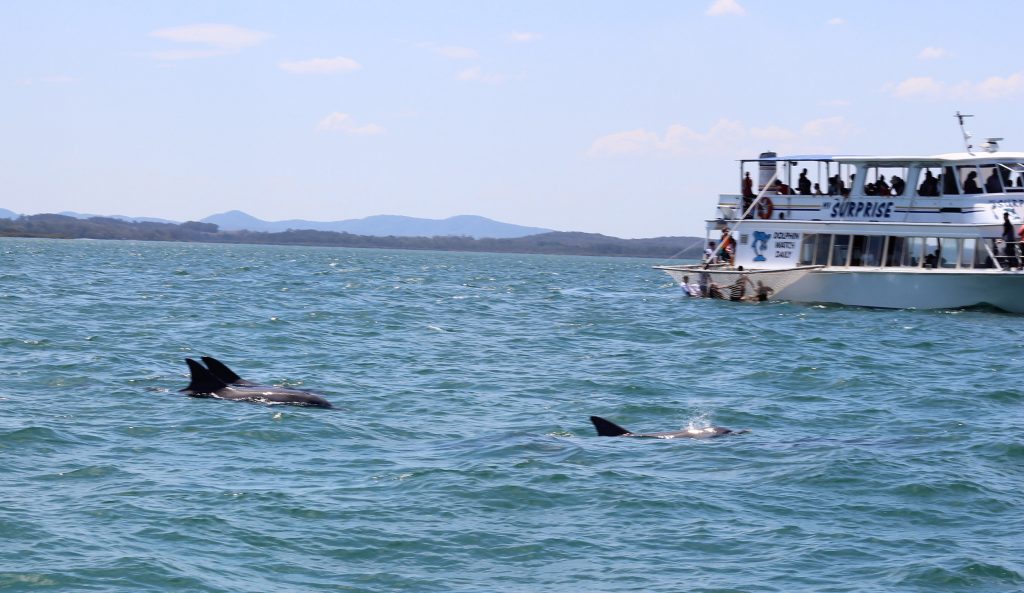 Even though we weren’t specifically looking, we had quite a few sightings of dolphins. Probably every 15 minutes, someone would yell “Over there, over there!”. These ones here were so friendly they even came up really close to us and started playing with one another.

After a whole other host of activities including swimming at the pool, hanging out at the spa, having an ice cream treat and Thai for dinner…

That night, kids went to bed early, men went off for a game of pool while C and I stayed up chatting for hours on the couch. Can’t think of a better way to end an amazing weekend by the ocean. We’re not sure when we will see them again as they’re moving up to QLD but we’re already talking about visiting them when they move.

Have you been to Shoal Bay/Nelson Bay? Have you seen wild dolphins up close like that? It was pretty cool!

Written By
Mandy Webb
More from Mandy Webb
Time management is incredibly important for moms because this allows you to...
Read More